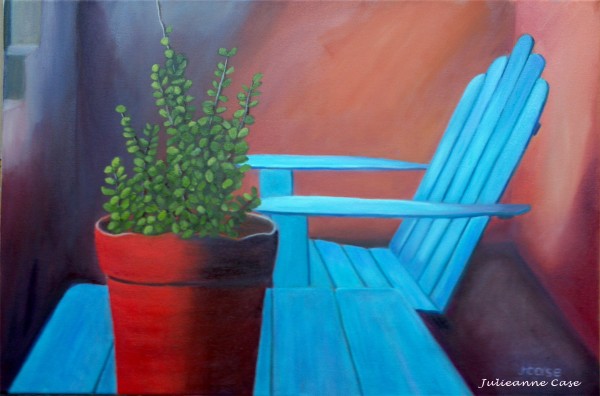 I have mixed feelings about entering  art shows. If validation comes from within, then the results of an art show can create counter productive emotions. The ego gets excited if you win and gets deflated when you lose. That is, until one is good with whatever happens and the ego is no longer triggered.

For me, it’s the thought of being seen and there is in me the beliefs that I’ll be taken more seriously if

I got an email from the VCAC (Ventura County Arts Council) about a show called Collaboration. They wanted an art piece that two or more worked on. It was too late to get another artist to work on a piece but in the email, I caught the word poetry.

I remembered a friend, Gwendolyn Lawrence Alley, who is a writer, a blogger and a poet. I contacted her and asked if she was interested in writing poems for some of my art and we’d submit them. I sent her some images and she decided she wanted to see them in person.

Gwendolyn came over and liked additional paintings. She asked if she could take pictures and she would see what came up for her at 3:15am. She was in the middle of an experiment where you wake up at 3:15am every night during the month of August and write what comes to you.

Gwendolyn wrote 4 haiku poems for four of my paintings. A haiku is a Japanese poetic form. It is a very short form of unrhymed poetry.

We submitted 5 entries, three got accepted and one won an honorable mention. We are thrilled. We got some great feedback. Her poem added a depth to my painting. And my painting added a visual to her poem.

A friend of Gwendolyn’s lost her son during all this and his spirit came through at 3:15 am one night. The haiku is below with the painting.

I may still enter some competitions. Who knows. Yet for now, we touched some people with our combinations. I’ll write about the other combinations in future posts. This painting is called Serenity.

He was only spring.
He left his blue chair so soon.
His family weeps.
Garden seat in sun
waits for anyone with time
to sit for a spell.
Author: Gwendolyn Lawrence Alley

You can also read Gwendolyn’s blog about this combination.

Have you ever collaborated on a project? What do you think of the haiku and painting combination?