Memory of a Dog: My Lady Ginger Lee

I went to Nia, a dance exercise class Saturday morning. Afterwards, as I neared the house, I saw a dove sitting in the street. I slowed giving it time to fly away. The dove triggered a memory regarding the passing of my sweet girl, Lady Ginger Lee. We took her to the veterinarian’s the day before our 26th wedding anniversary in July of 2007. We couldn’t let her suffer anymore. 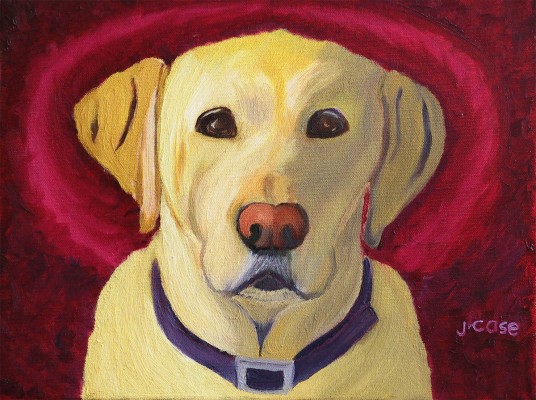 It was a painful time for us. I missed her terribly. She was my baby. I couldn’t talk to anyone because I would start crying. It was August and I was still crying. The latest Harry Potter came out and I was reading it so I wouldn’t cry anymore. It helped.

However, I had made a promise to help check in art work for the Ventura County Fair that day and I needed to leave. I kept taking deep breaths. I finally got up, put the book down and went out to the car. I sat there for a moment as tears welled up once more. I took another breath, did a pep talk and gathered myself together. I took the sunshade  down and that’s when it happened.

As I sat there gazing out the front windshield, I saw a very light colored dove approach the car. The dove looked almost white, wings out, tail feathers spread. It headed right for the lower windshield, swooped up the windshield and over the car. I felt it circle around and it repeated the exact same pattern. I wouldn’t have thought anything if it happened once but it happened twice the exact same way. I had to pay attention. I see the dove as a symbol of peace.

I sat there stunned, knowing that this was important but not knowing why.  I felt like it was a message 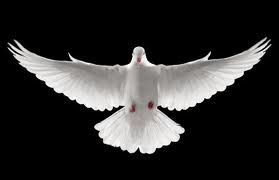 from Ginger. I know this sounds crazy but that’s how I felt, like she was telling me to be at peace. I decided to let it go until I got back from the fairgrounds. I spoke with a friend who knew and loved Ginger and she, too, felt it was Ginger letting me know she was fine.

There were more incidents with doves I’d like to share with you another time, both related to passings. For now, I’d like to ask you if anything like this has ever happened to you? What did you think at the time? Did it provide you with some grieving support?

Julieanne Case came from a left brained world, having been a computer programmer who worked on the Apollo missions and joined the growing ranks of the right brained world. She became an energy healing practitioner in 2004 and has studied various techniques. She is a Reconnective Healing Pracitioner, a painter and a blogger.