Head Cold: Metaphysical or a Virus? 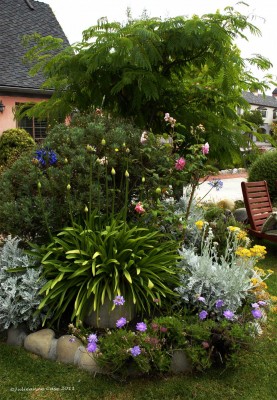 The beauty on life’s journey

From the very beginning I felt the head coldwas related to the funeral. Our son’s father-in-law, Don, had passed, a big loss to a close knitfamily. We left early for the Jewish memorial services, then went to the house as prescribed. At the burial site, I hugged those whose loss was deep, holding on tight as I felt the sobs run through the body.

At the house, I listened to various people talking about loss, their relationship to Don, I listened to Don’s son talk about his dad, a close member of the family talking about life, families,  a hospital volunteer who knew Don and had also lost her own husband, my daughter-in-law who recounted events in the last week. Our grandsons were part of the memorial program and did a beautiful job. Yet I knew the grief was there.

My husband and I participated in the evening service and then left for home. When I got home, I realized I was exhausted beyond belief. I felt like I had been up for days, I was emotionally, physically and spiritually spent. I didn’t think I had taken in their energy or the effects of it. Within 3 days, I began sneezing and could not stop.

It’s been a week since the head cold started. I now sound like Brenda Vaccaro on steroids. I spoke with a friend I hadn’t heard from in a while and learned of someone who is schooled in Chinese Medicine, and he was of Italian descent! Why does that matter? I don’t know. I found it interesting. A paisan practicing Chinese medicine!

I called. It was his day off but he called me back and said he’d see me! I was so grateful. I told him what happened, he asked lots of questions, what do I eat for breakfast, lunch, dinner, let me see your tongue, what supplements do you take, let me see what is in them, etc.

We talked. I asked if maybe this dis-ease was brought on by the funeral. I couldn’t quite see how but I suspected. He said, “What do you think?” I admitted I believed it did. He confirmed my suspicion. He said head colds and upper respiratory are brought on by grief and loss.

But I felt it wasn’t my grief. He said I was attached to all those people, they were family, they were connected to me and it brought up something for me. And he said when you are ready to be done with it, it will go.

I came home and made the tea and drank two cups of it. Now understand with the first sip I felt the head begin to clear, I drank it all. And I’m talking almost like myself now! Brenda has left the premises.

So even though I believe that dis-eases have metaphysical causes, I still doubt it at times. We are bombarded with talk of illnesses being caused by a virus or bacteria. Yet I truly believe there is no such thing as germs! I’m learning to trust my inner knowing.

Life is a journey!