Energy Healing Therapy: What is it? Part 2

Continuing on  my series on Energy Healing Therapy.  If you haven’t read  the first blog I wrote on this topic, it might be helpful to do so.

As I was saying in the first post, everything that happens to us gets stored in our energy field.  Now I am going to introduce another component to this.  I believe that we all have things to learn in this life and through those “teachings” or lessons, we grow and develop.  How we grow and develop depends on how we react to what we go through.  You have choices: become embittered, a victim, or you can accept what happened to you and look for the good in it.   I went the route of the victim, the poor me and probably embittered too. 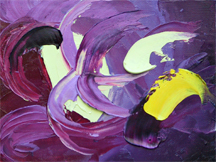 What goes through your mind?

Everything that went wrong in my life, I blamed on my mother or the things that happened in my childhood.  My parents had an ugly divorce and I was put in the middle at the age of 6. They didn’t have counseling for children of divorced parents back then. I grew up doing things to prove I was different from my mom.  I was the way I was because of my mom.  I also carried a lot of anger.  My temper flew at the slightest provocations. I think I felt entitled to that anger too. Yes, I had a lot of entitlement. I felt everyone owed me because I had been through so much.

I hid behind that wall of anger.  It was my protection, my screen or so I thought. I still got hurt, felt rejection that enhanced all the rejection I’d been hiding for years. I also came across hard and cold but inside I was a cream puff. I think I studied mathematics hoping I could ignore my feelings.

Anybody who has known me only in the latter part of my life are probably having trouble seeing me that way. Friends of mine from the earlier years can attest to it, trust me!  I marvel that my oldest friends are still with me. I guess they saw in me what I never could. For that I am so grateful.  That goes double or triple for my husband.

I don’t even remember why I began going to a psychologist but I did. I had individual sessions initially then group sessions into the 1970s.  It helped me see some things more clearly but the emotional baggage still remained.

Right after the car accident, I couldn’t sit at the computer for more than 5 minutes at a time. I had to lay down for 1 to 1 1/2 hours after 5 minutes of sitting.  I made my living at the computer. I was a computer programmer.  This wasn’t going to fly.  My friend, Gail, was a masseuse but she also did some of this woo-woo energy work. I had been using her to stabilize my pain until I could even think of going to a chiropractor. Finally she got me to the point that I went to see the chiropractor she recommended.  At first he did only chiropractic work.  Then something happened and I relapsed.  I learned then that this chiropractor also did some other unusual things, things with energy. He worked with my emotions and energy and recognized that I had abandonment issues.  If I hadn’t had some introduction to this world through Gail, I would have thought he was a whacko and never gone back.  Both he and Gail got me to the point where they said I should be healed and told me I needed to look inside.  They had done all they could.

I have so much more to share but it will have to come in the next blog!

Were you skeptical or dead set against something and then something happens to change your thinking? I’d love to hear about it.