Energy Healing Therapy: What are some Benefits? Part 3

I received energy healing modalities before I began taking the classes to become an energy healing practitioner. I worked on issues of long standing and on recent day to day things that occur in every life.  I worked on grief, love, loss, hate, feelings of not being lovable or loved, mothers, abuse, fears of all kinds, jealousy, envy, judgment, abandonment, anything and everything. As I worked on them, things began to change for me. Some of the big old issues began to lose their charge and the hurtful feelings began to lessen.

Even though I had worked with local psychologists, it never touched those deeply  buried feelings.  I learned how to change my destructive behavior in order to have more fulfilling relationships. I learned some beliefs that were hurting my life, too. But the feelings never got addressed. There were times that I knew what I should do but still and yet at time, my feelings propelled me into doing actions that I knew were not beneficial.

With this new energy healing, those feelings got released, the emotions were lightening, lessening and changing.  I began to feel lighter and happier. I had lived in constant fear my whole life. However, I never allowed the fear to completely stop me from doing things. I just hid the fear and plowed through, never really enjoying the experience until afterwards when I realized I was still alive and I could allow myself to relax.  We were planning a New York trip.  As we drove away, I realized that I didn’t need to check the house umpteen times to be sure everything was ok.  I was feeling excited about the trip.  Whoa! That was amazing. Then we got on the plane and I picked up my book and was reading it while we took off.  Then it hit me. I hadn’t done my ritual to keep us safe when the plane took off. I had been reading and chatting and all of a sudden we were in the air. We were driving through New York in a rental car.  It was fall and the scenery was  beautiful. Another realization: I wasn’t worrying about getting in a car accident! I was definitely changing.

Changes occurred in my marital relationship. We got into fights easily. I didn’t want that anymore so I did energy work on that too. 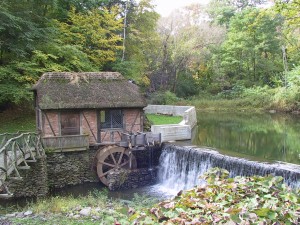 I came home one day and said something to my hubby. He got upset and told me I said this and he was angry. My normal response would have been to get mad back, accuse of him of something to deflect his anger and we’d be off and running.  That day I said to him: ” I did? Let me think about this.” I stood there and reviewed what had just happened and realized that I did say that and it wasn’t what I meant. So I said to him: “Yes, I did say that. I apologize. It’s not what I meant to say however.” I then rephrased it and told him.  It was settled and there was no fight. My triggers seem to be gone.  Slowly over time because I wasn’t fighting back, my hubby began to change and we rarely fight now. it’s wonderful. I was even able to forgive my mother and now I can see her as a human who couldn’t do for herself what I was doing for myself.

Another benefit of the energy work is that if you got me angry about anything, I held on to it and I wanted to make you pay. Revenge was my second nature. Now if I get angry, it doesn’t last long and I don’t have any desire for retaliation. I have even listened to him snap at me because he’s having a bad day and I don’t respond. I let it go. I know it will stop when he solves his problem or he relaxes a bit. Now and then he can still get me angry but I don’t allow it to last long.

Yes, some of my changes are also do to my spiritual work and practice. But those practices would be very difficult for me to do if I still carried all that emotional baggage around with me.

There is so much more that I could share with you on this. Energy work can do amazing things for you. It truly is worth it for your happiness, your peace of mind.  Next time I’ll share some things my clients have experienced.

So what changes would like to see in you?  What else can I share with you to help you understand energy work better?